Harrington Drilling has been a family owned and operated drilling company since 1988.

Wayne Harrington, Managing Director and Class 2 certified driller found his passion in the 1980’s when he took on his fathers rig and never looked back. Wayne and his team have successfully completed drilling programs for various clients around Western Australia with Harrington Drilling gaining a reputation for efficiency, professionalism and safety compliance.

We conduct open cut mine dewatering for some of Western Australia’s premier mining companies. 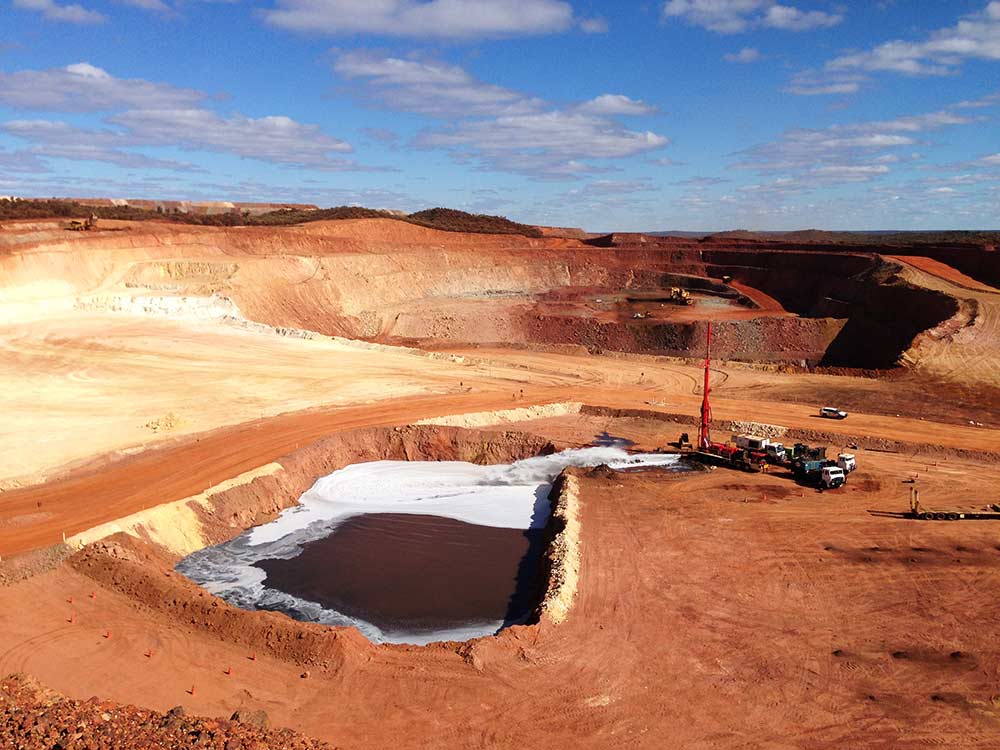 Cliffs Asia Pacific is currently mining hematite and goethite iron ore deposits at its Koolyanobbing, Windarling and Jackson operations. In 2014, Harrington Drilling was contracted to drill and construct six in-pit dewatering bores as part of the three open-cut mine dewatering programs. The bores were drilled to 200m using air and mud rotary techniques and constructed using 250mm ND steel casing with each bore producing between 40 and 80 L/s.

Doray Minerals started producing high grade gold from its Andy Well mine, north of Meekatharra, in 2013. Harrington Drilling successfully constructed the pre-mining dewatering borefield around the planned opencut mine in 2012. The dewatering bores were drilled using conventional air-hammer techniques and were lined with 200mm ND steel casing to approximately 120m, producing up to 15 L/s. Harrington Drilling was again contracted in 2013 to construct supporting dewatering bores.

For the past 8 years, Western Areas has been producing high grade nickel at its Flying Fox and Spotted Quoll mines in Forrestania. Harrington Drilling was recurrently contracted from 2008 onwards to complete the mine dewatering borefield. Most of the bores, some of which yielded up to 90 L/s, were drilled using down hole hammer drilling techniques and lined with 200 mm ND steel casing to depths of up to 150 m. Harrington Drilling was later contracted to conduct bore remediation using air-lifting and surging techniques on their re-injection borefield. Additional work also included the construction of a 300 mm ND breakthrough bore into existing underground mining shafts at Cosmic Boy for the ore processing plant water supply.

We have completed various groundwater exploration programs throughout Western Australia. 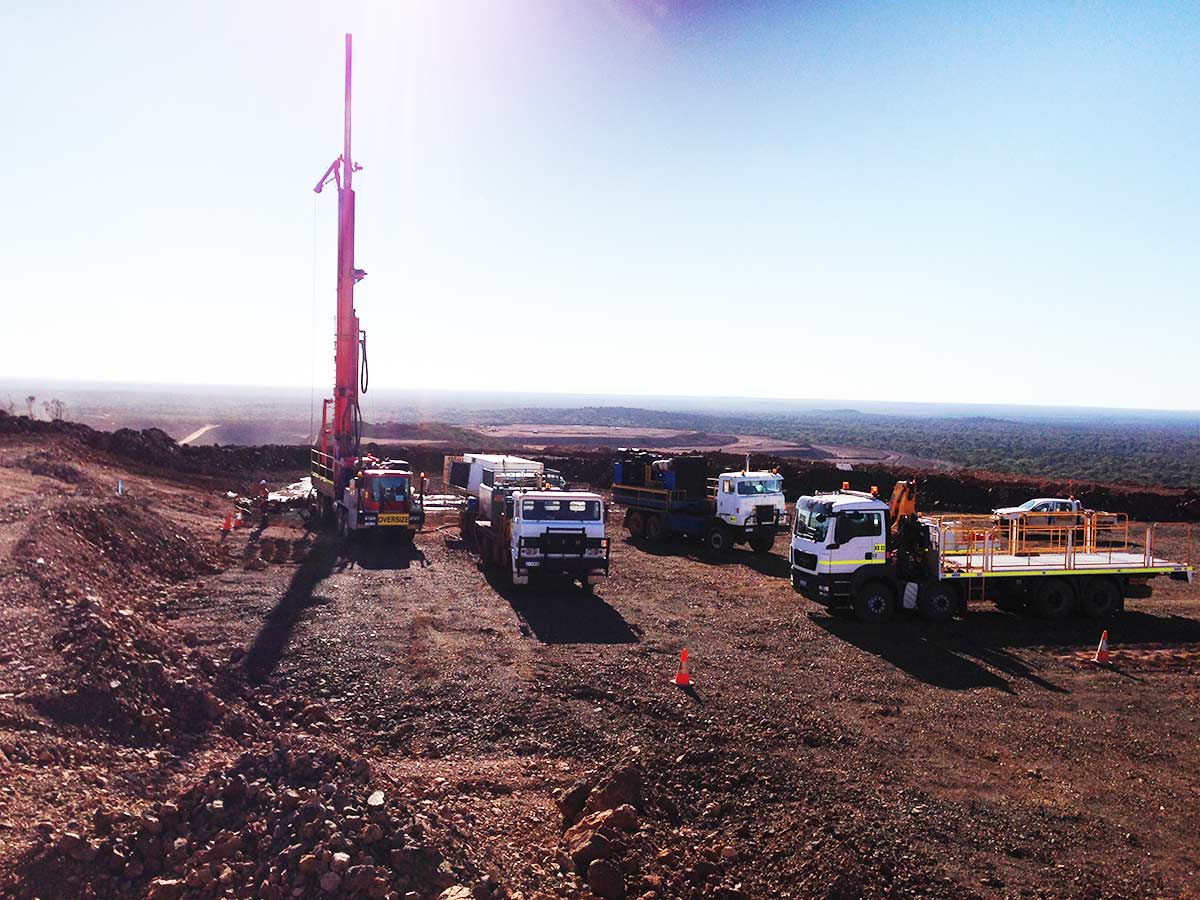 Harrington Drilling started working at Paulsens underground gold mine in 2007, constructing the main water supply borefield for the mining operations and the treatment process. Northern Star Resources purchased the mine in 2010 and Harrington Drilling has been trusted as the prime water drilling contractor ever since, conducting the groundwater exploration drilling programs and maintaining the water supply for the mine. The current borefield was drilled using air-hammer and air-rotary drilling and the production bores were constructed using 200mm ND uPVC casing. Unsuccessful exploration targets were constructed as 50mm ND uPVC monitoring bores. Harrington Drilling also organised and conducted the test pumping programs.

The Karara Iron Ore project is being developed by a joint venture between Gindalbie Metals and Chinese company AnSteel. The project consists of a hematite and a magnetite deposit located 200km east of Geraldton. Harrington Drilling first worked for Gindalbie Metals before mining operation began and conducted several groundwater exploration programs in 2006 and 2007. Conventional air-hammer drilling was used in banded-iron formations while air-core drilling was used for investigating paleochannels and uPVC test bores were installed at potential high producing sites. Harrington Drilling was contracted again by Karara Mining in 2013 to complete a monitoring borefield to depths of up to 150m, near Mingenew, to the east of the Karara Iron project.

Harrington Drilling first worked at the Edna May gold mine in Westonia in 2011, after the open cut mine was developed above the existing underground shafts of the early 1900s by Catalpa Resources (later acquired by Evolution Mining). Harrington Drilling conducted a groundwater exploration program in nearby paleochannels using air-core drilling techniques to investigate the potential for fresh water supply; the exploration holes would be converted to test bores or monitoring ports. Harrington Drilling was later contracted to construct five of the mine’s dewatering bores which were drilled using mud rotary techniques, constructed using uPVC and stainless steel materials and produced between 5 and 25 L/s. Our custom built mud recycling system was used successfully for this program which prevented unnecessary excavation works for mud-pits. 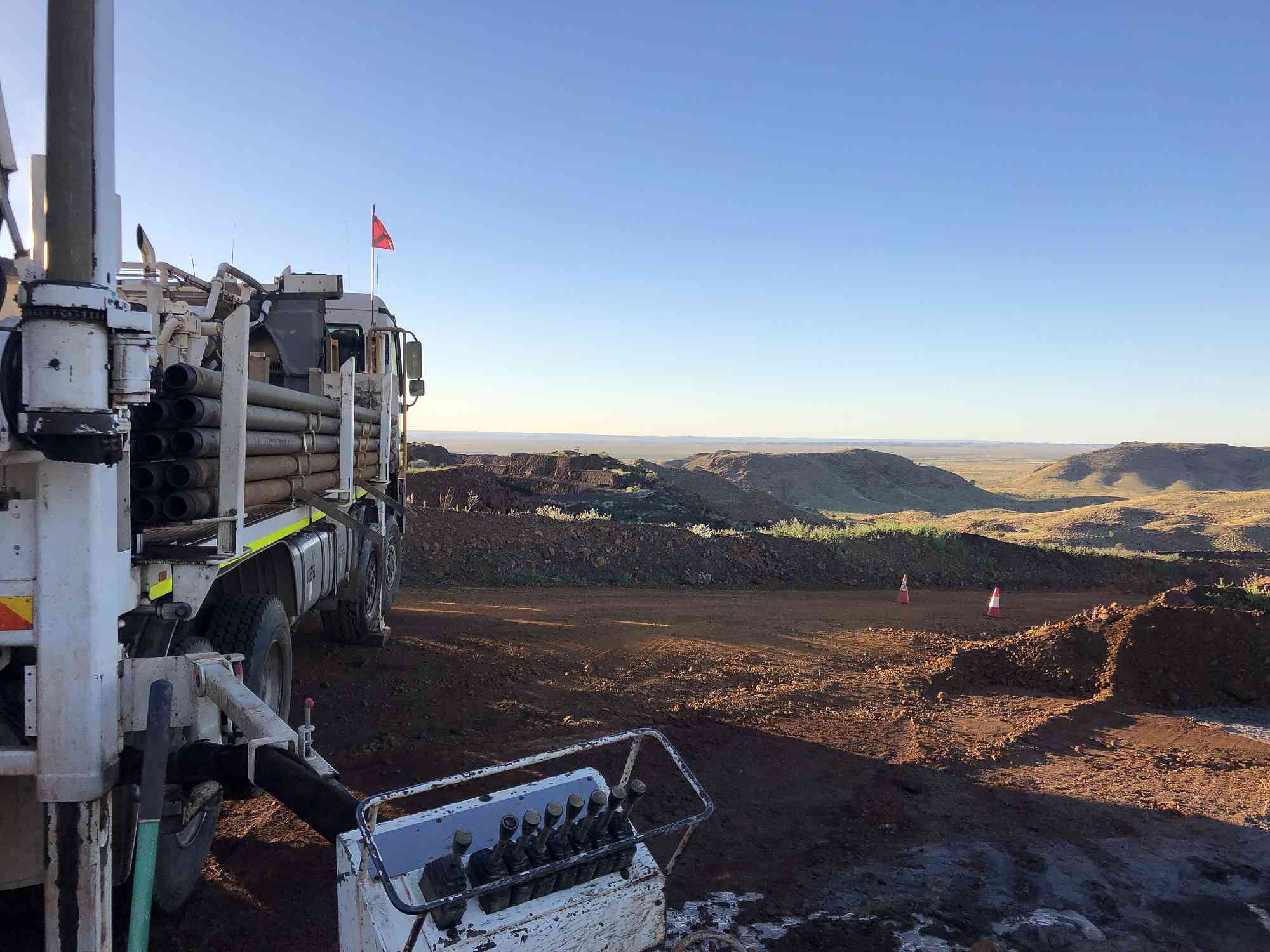 Pilbara Minerals is an Australian lithium-tantalum producer listed on the Australian Securities Exchange and considered within the top 200 companies in Australia (ASX200 index). Harrington Drilling begun water exploration drilling, monitoring bore and production bore construction in 2016 and has been the chosen hydro drilling contractor ever since. Over 6000m of water exploration and monitoring bore drilling has been completed to date and over 15 production bores constructed with 155mm Steel casing, 200mm PVC and 250mm PVC to depths of 150m using down hole hammer achieving yields of up to 90L/s. All works have been completed to date incident free.

Altura is a key player in the global lithium market and is leveraging increasing demand for raw materials for manufacturing lithium ion batteries for electric vehicles and static storage uses. Altura owns and operates the world-class Altura Lithium Project at Pilgangoora in WA’s Pilbara region. Harrington Drilling begun drilling for Altura Mining in 2016 completing a 2000m water exploration program and has been the chosen hydro drilling contractor since. Harrington Drilling has completed various drilling campaines since 2016 including water monitoring bores, water exploration drilling identifying water targets for production bores. Production bores were drilled rotary hammer method to depth up to 120m completed with 200mm or 250mm PVC yielding up to 60L/s. All work up to date has been incident free.

Mineral Resources is an innovative and leading mining services company with a growing world-class portfolio of mining operations across multiple commodities. Wodgina commenced operations in April 2017, mining Lithium Direct Shipping Ore (DSO). In 2018 MRL commenced an expansion of the Wodgina site to enable MRL to produce spodumene concentrate and, potentially, lithium hydroxide. Harrington Drilling was the chosen contractor to complete a monitoring bore program around existing pits. 12 monitoring bores were completed to depths up to 120m, surface casing was needed in some holes to depths of 30m due to drilling overburden from previous fill. All bores were completed to depth and incident free. 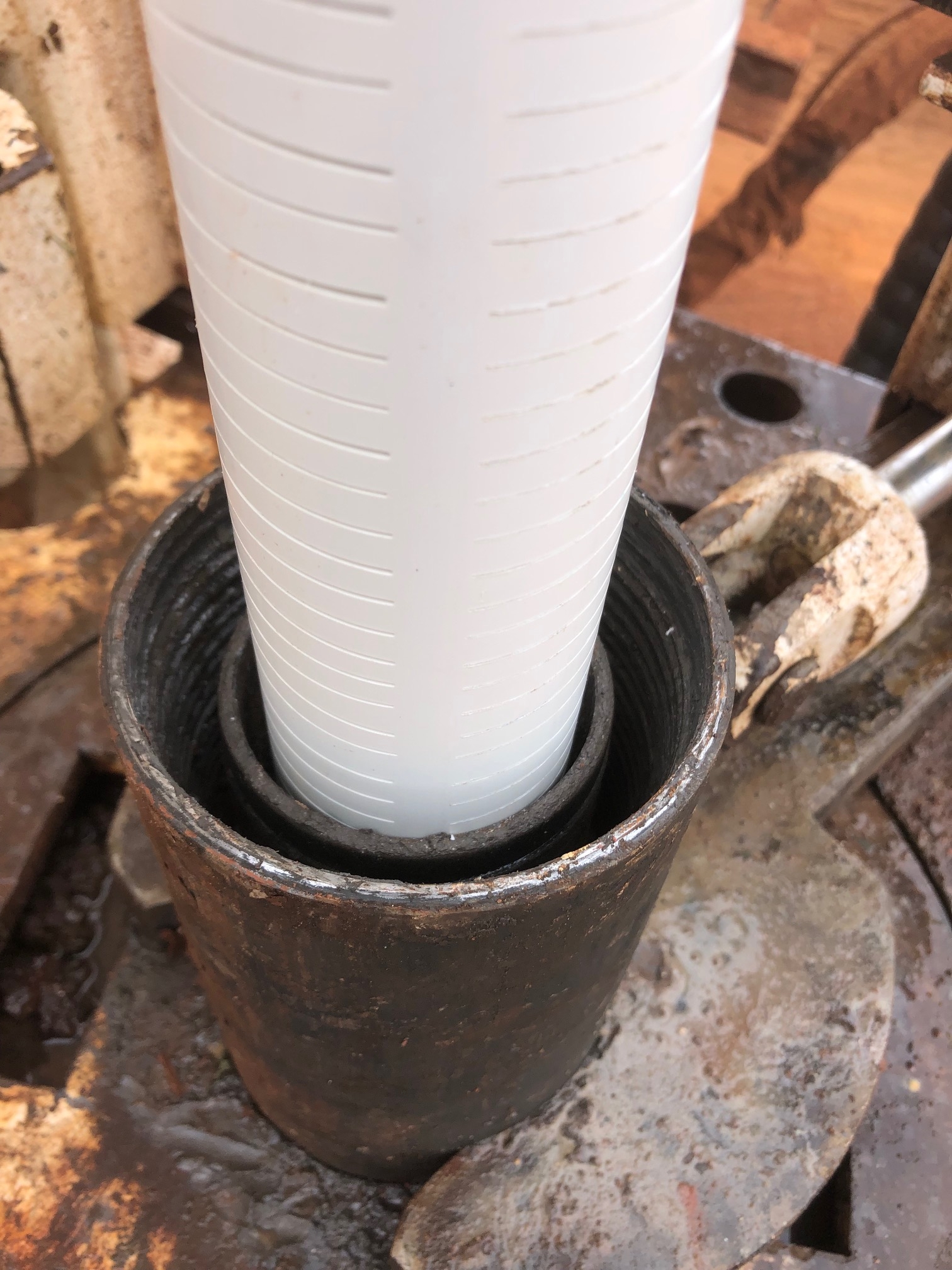 Harrington Drilling has completed various air-core drilling programs and identified many bore fields throughout Western Australia. Capable of drilling to depths of 150m and achieving yields of up to 6 litres per second makes it the ideal method to use in Paleochannel investigation and the like.